With us celebrating the 50th Anniversary of the Moon Landing I was curious to compare the Apollo 11 Guidance computer with the modern-day desktop but I quickly discovered that it was fairer to compare today’s Smartphone with the entire computing capability of NASA in 1969.
Without going into the technical details, I can safely say that today’s smartphone that you hold in the palm of your hand has more computation abilities and speed than the entire combined ca 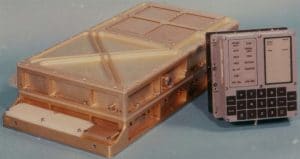 The Apollo 11 AGC (Apollo Guidance Computer) was a 0.043 Mhz computer with 2k of memory and 32k of storage.
In comparison todays iPhone has a 2490 Mhz Processor over 100,000 times quicker than the AGC with 4Gb of RAM that’s more than a million times the memory of Apollo’s AGC.
When you gaze up into the night sky and look at the moon you can’t help but think what an amazing achievement it was that we actually placed humans there with the technology that was on hand in 1969.

Full credit to the engineers at NASA and associated companies that managed to make this possible and we think of those who we lost in the process; may we never forget their contribution and sacrifice; RIP. 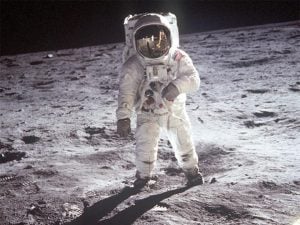